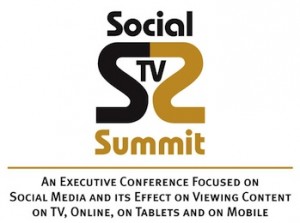 “Social is the new black,” asserted Ben Silverman, CEO, Electus, to Billy Bush of “Access Hollywood” in a lunchtime interview at yesterday’s Social TV Summit at the Belair Country Club. The point is it goes with everything. Well, almost. Later discussion among panelists tended to gravitate toward sports and reality genres as most productive for social TV.

What’s the point of “social TV”? NBCU’s Peter Naylor drove it home when he defined the goal of social TV to be “attracting and growing audiences that attract and grow audiences.”

The conference had a recurring theme of revisiting the question of “what is ‘social TV’?” There were several answers, but Tunerfish’s (Comcast’s internal start-up) John McCrea said it very well. There are two very important problems viewers need to solve. First, it is harder than ever to discover great stuff that’s there. Social media are uniquely suited to solve that problem well via friend “likes,” recommendations and sharing. Second, there is a compelling need to connect to relevant audiences quickly for economic survival. Again, social is very effective at this.

McCrea spoke to what he called the “virtuous cycle of social TV,” which encompasses:

Much of the activity and current initiatives around social TV are occurring at the network and content owner level. However, BIA/Kelsey sees social TV becoming an important mix in local TV offerings along with on-air, online and mobile advertising.

The sessions can be viewed at http://socialtvsummit.com/watch-live/.