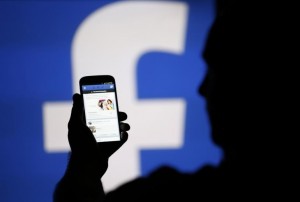 On yesterday’s Facebook Q4 earnings call, COO Sheryl Sandberg reiterated a point she’s made repeatedly, “SMBs are the holy grail of online advertising and a segment that I’ve been particularly focused on throughout my career.” She then noted that Facebook has 25 million active SMBs who are engaged with their Facebook pages monthly. Despite this, Facebook’s real challenge was to upsell more of these SMBs into the active advertiser category. The company made a big investment to simplify its ad products, and that investment is now working to convert these SMBs into advertisers; of new SMB advertisers acquired in Q4 that started with pages, 72% started with Facebook’s most simple ad products.

BIA/Kelsey’s LCM Wave 17™ data shows Facebook pages at 52% percent penetration among SMBs, more than any other media channel used for advertising/promotional purposes. Facebook Ads only have 15% penetration rate, marking a huge upsell opportunity for Facebook. It was made clear on the company’s last earnings call that Facebook sees SMBs ultimately driving big revenues.

In the third quarter, Facebook revealed that mobile ad revenues accounted for 41% of ad revenues, precipitous growth considering that the company had only introduced its first mobile ad product in June 2012. Now, three months later, mobile ads to account for 53% of total ad revenue. The increase in mobile advertising revenue is represented in our LCM 17 data, in which 55% of SMBs said mobile advertising was a future marketing priority.

Another key driver of ad revenue growth continued to be the strong performance of Facebook’s News Feed Ads on mobile and desktop, which helped the company attract more advertiser demand. Mobile ad revenue increased from approximately $881 million in Q3 to approximately $1.25 billion in Q4, a healthy increase that benefited from seasonal effects.