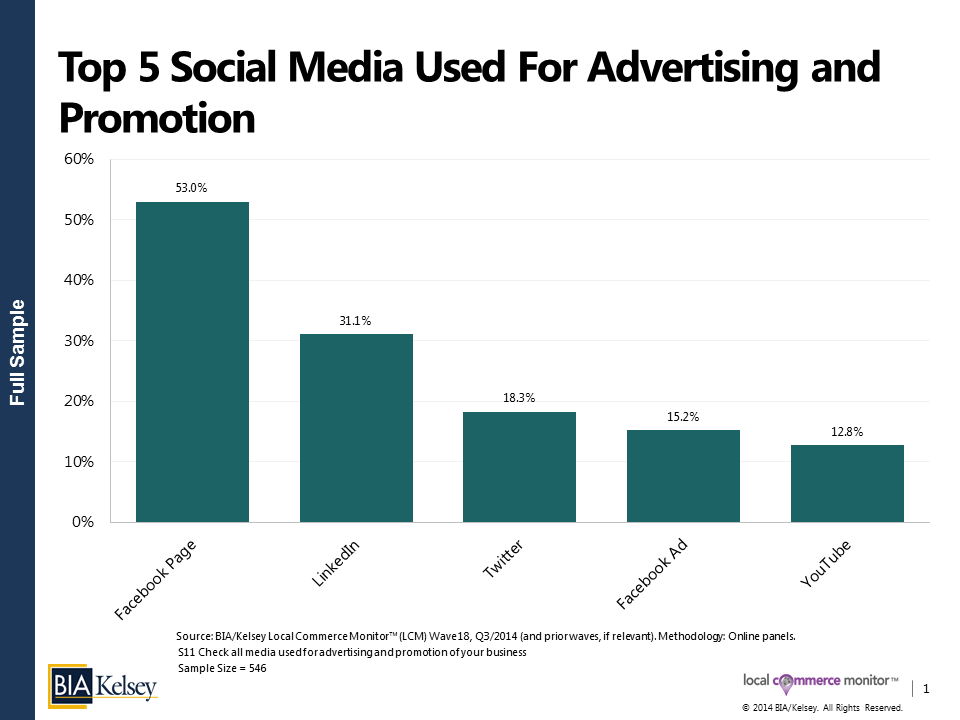 According to BIA/Kelsey’s Local Commerce Monitor, Wave 18?, 72.2% of the SMBs (small- to medium-sized businesses) surveyed* use Social Media to promote their business. Of the different social media used for advertising and promotion that BIA/Kelsey tracks in the LCM survey, Facebook Page ranked the highest, followed by LinkedIn and Twitter. Facebook ads were close behind in fourth place. Instagram and Pinterest, which didn’t make the chart below, are achieving traction — each has close to a 10% reach.

Social media can provide SMBs with an immediate and interactive connection with their customers. So how do SMBs perceive the return on their investment for time spent in advertising or promoting themselves on social media? In our survey we asked several questions on the satisfaction of the various advertising and marketing choices made. It should be noted that only SMBs who reported using a particular media were asked for their ROI assessment of that media. 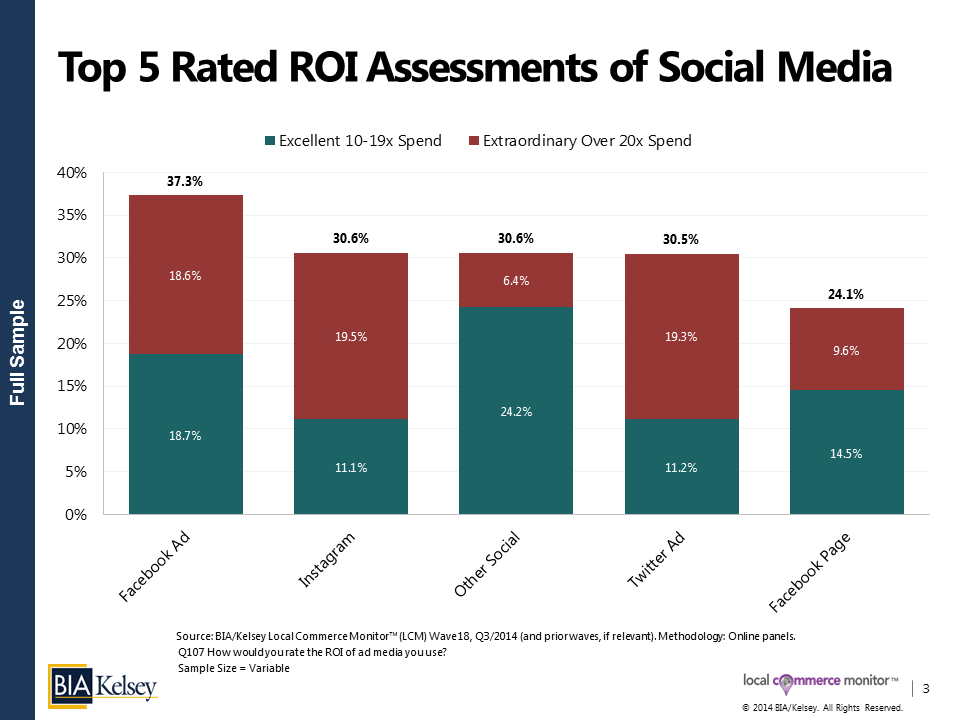 While only 15.2% of SMBs surveyed reported using Facebook ads to advertise and promote their business, they gave it the highest combined ROI of Excellent (10-19x spend) and Extraordinary (more than 20x spend) of the social media in the survey, at 37.3%. Instagram and Other Social, which 8.1% and 5.4% of SMBs surveyed, respectively, reported using for advertising and promotion, tied for the next highest combined ROI at 30.6%, followed closely by Twitter ads at 30.5%. Instagram and Twitter ads both had more respondents rating them Extraordinary than Other Social. LinkedIn, which was second among SMB users, was ranked lowest of the social media, with combined perceived ROI (Excellent and Extraordinary) of 18.6%.

SMBs in our survey on average spent 21.4%, or $7,638, of their annual advertising and promotion budget on Social Media players, such as Facebook and Twitter.

*From the Full Sample.